How To Detect Fake Euro Banknotes 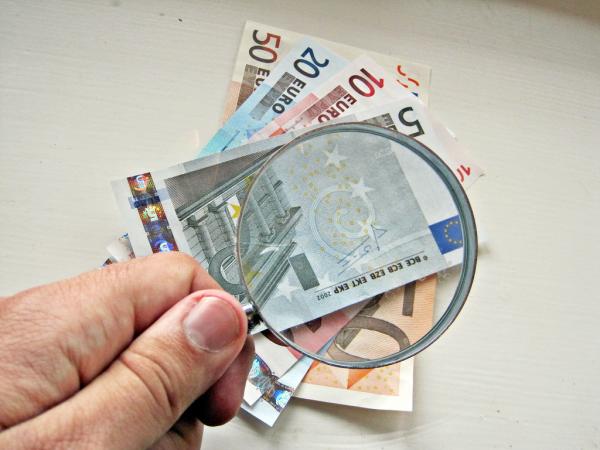 Modern techniques allow reprographic quality copies of any printed material. Fortunately, Euro currency notes have a combination of different security elements that make counterfeiting very difficult. However, you may come across counterfeit euro banknotes of different values or denominations, which is why OneHowTo have got some tips for detecting counterfeit banknotes so you can avoid problems.

You'll need:
You may also be interested in: How to Get a KYC Acknowledgement Letter
Steps to follow:
1

Feel an original Euro banknote of each denomination and get used to the texture and colour, as each denomination has a dominant colour that helps identify it. It is a strong, tough and rough texture, which is gradually lost with use.

The main features found on banknotes are:

1.The name of the coin written in Latin (EURO) and Greek (EYPW).

4. The signature of Willem F. Duisenberg, the President of the European Central Bank.

5. The flag of the European Union.

Another feature is the impression of the face value in large numbers on the banknotes . These are done in a darker ink and with the use of embossing elements on the Euro banknotes.

Other security features that are found on euro banknotes can be identified by tilting the note at an angle and/or using a backlight.

1. Watermark: one image and the value of the bank note are seen.

2. Security Thread: a dark line is seen when the note is carefully examined.

3. Hologram: if you tilt the banknote to the right with its architectural motif facing you, the figure indicating the value of the ticket is seen. This is featured in larger value notes: 50, 100, 200 and 500.

4. The ink colour changes: in Euro banknotes of higher value, when tilting the note back, the figure indicating the value of the note changes from purple to green or brown.

In the upper left-hand corner you can see number indicating the value of the note. If you set it against a backlight, then you can see the entire value. And from the 50 Euro note and upwards, in the bottom left you can see an inscription: Euro VALUE Euros EYPOW Value.

If you want to read similar articles to How To Detect Fake Euro Banknotes, we recommend you visit our Economy & business category. 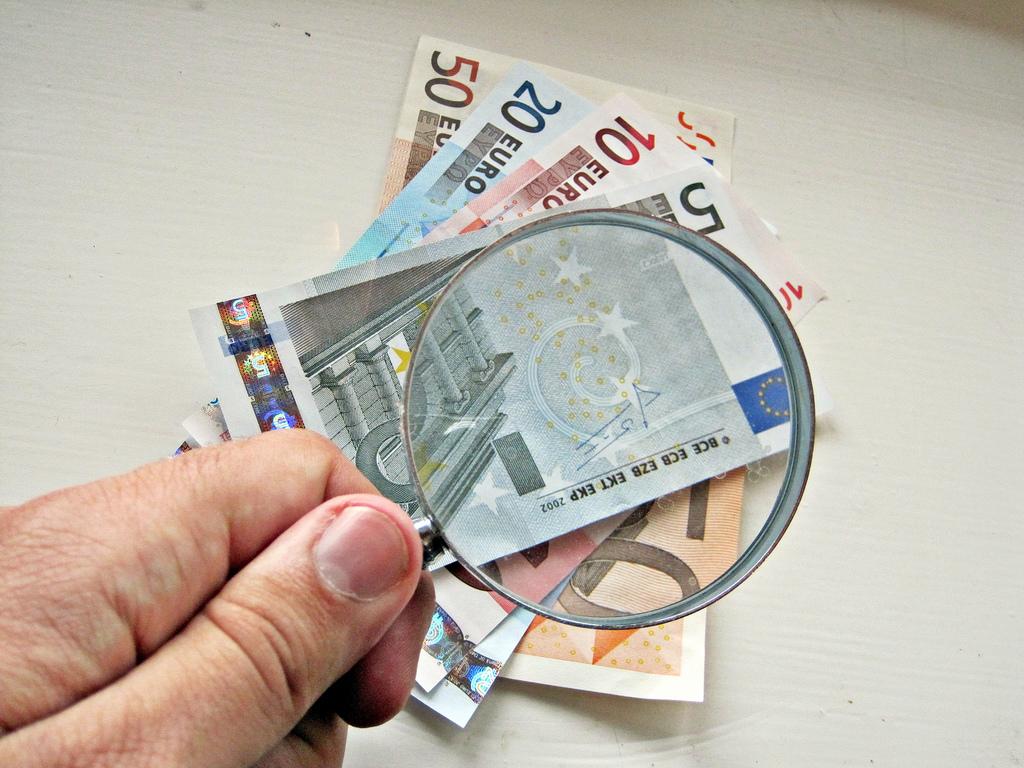 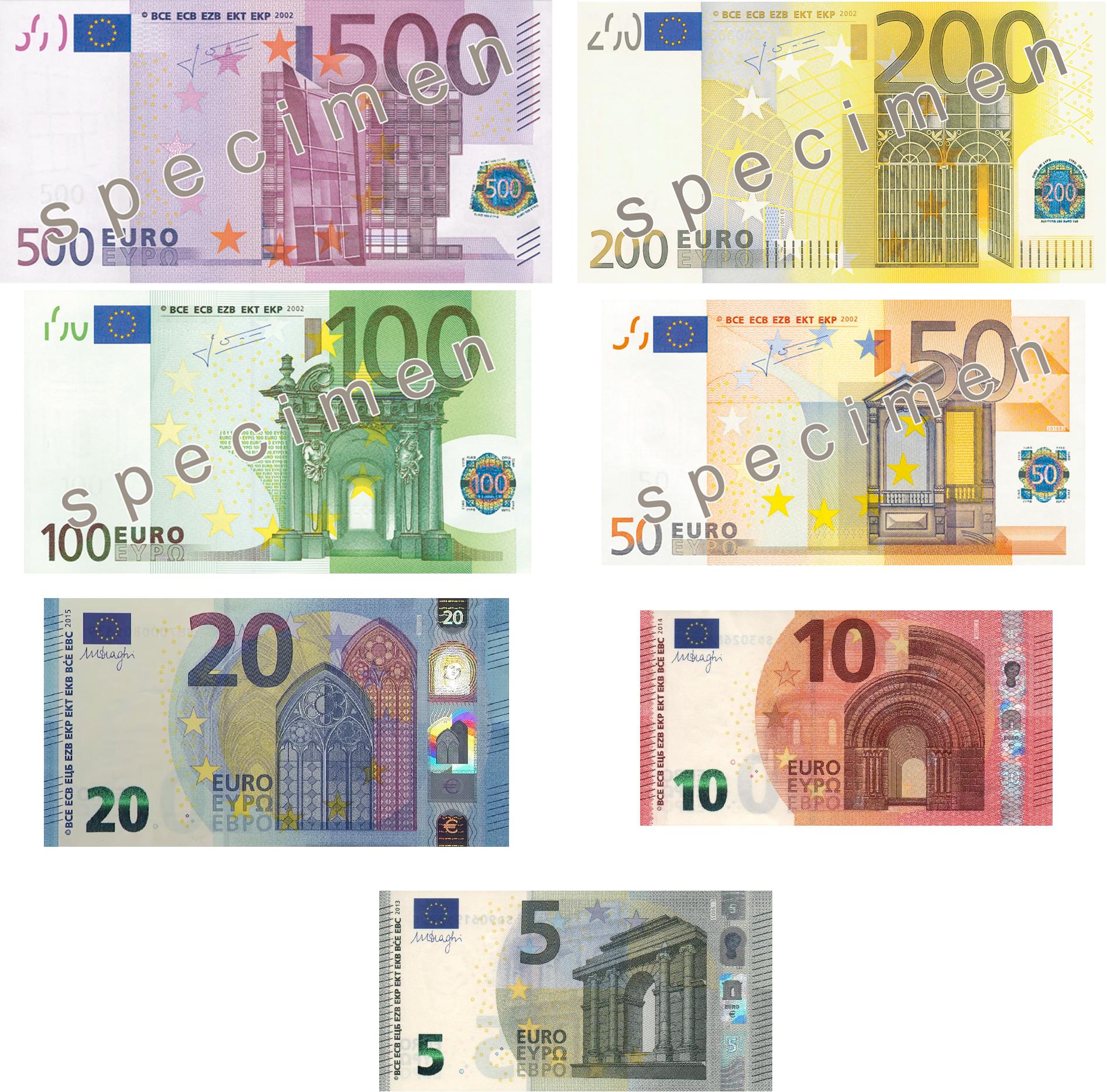 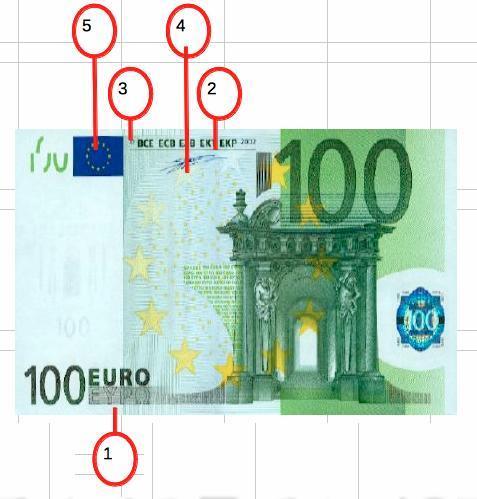 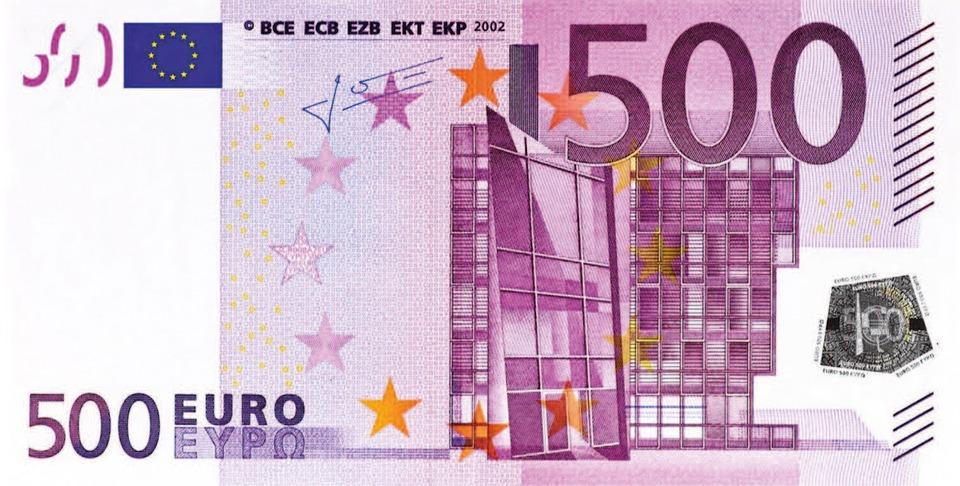 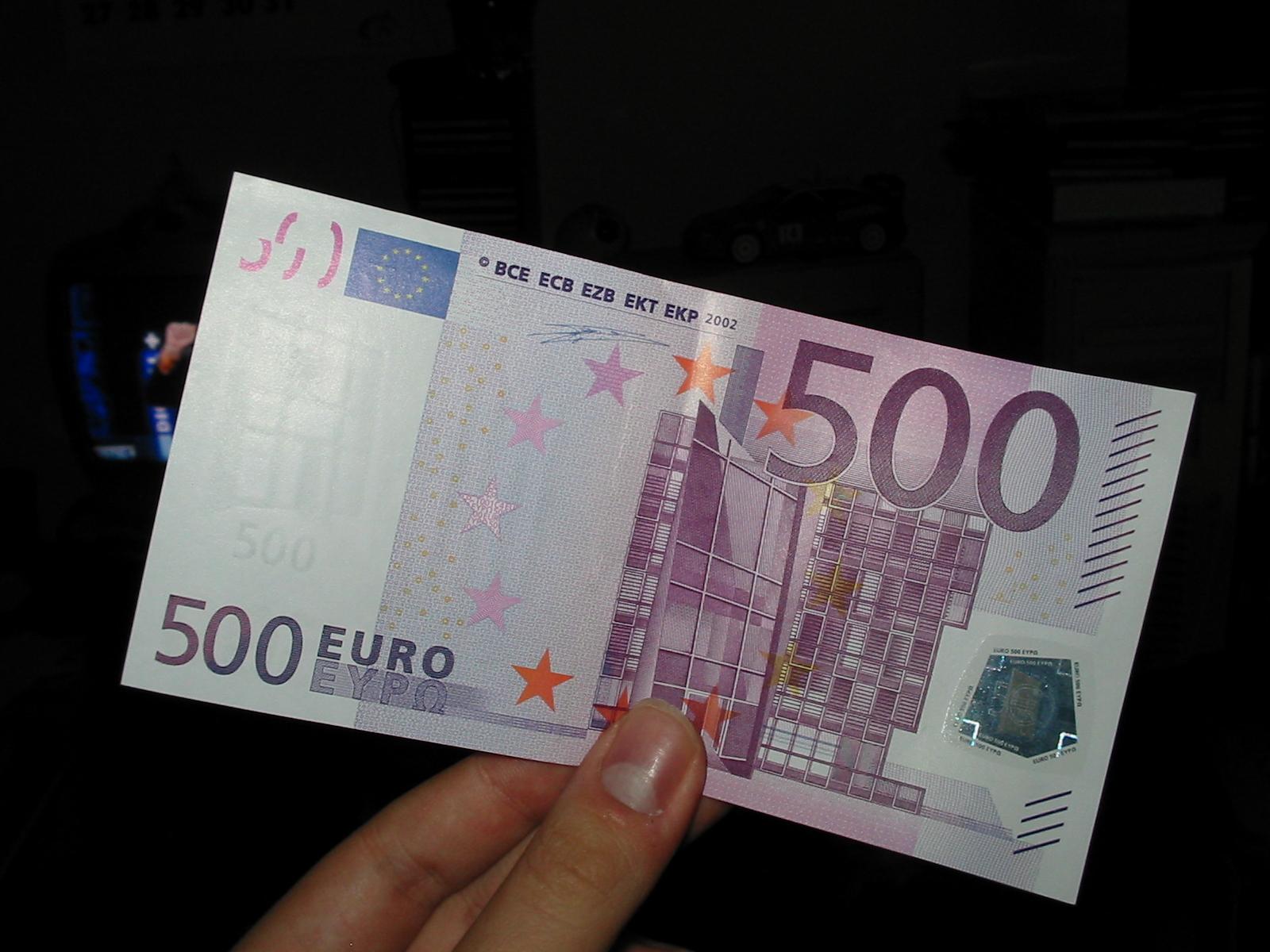 Image: en.wikimedia.org
1 of 5
How To Detect Fake Euro Banknotes
Back to top